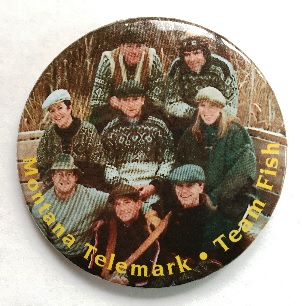 From the 2000 season through the 2007 season, Whitefish and the Big Mountain was the focal point of telemark racing in the USA.  In 2000, seven of the 11 US team members lived and trained in Whitefish.  For the next 7 years approximately half of the the US team, which grew to about 16 team members, were based in Whitefish.

Neil Persons was the first US Team Member from Whitefish in the 1995-96 season.  Both he and Glenn Gustafson of Whitefish had raced in Europe in 1995.  By 1999 Gustafson and Reid Sabin had been added to the US Team and from there, the sport took off in Whitefish.

Persons has been credited with being the “ramrod for organizing competitive telemarking on the Big Mountain.  He’s really been a coach figure,” Sabin said of Persons.  “He’s been the heart and soul behind it all, him and the Big Mountain’s race department.”

Big Mountain had been hosting a Thursday night Telemark Race League for several years.  They recruited and trained judges so that the competitors could work on cleaning up their technique.  These Thursday night races were the breeding ground for the home grown Whitefish racers.

In addition to the locals, 4 time National Champion, Chris Rice, moved from Salt Lake City in 2000 and Taug Boschen moved from Snowbird, UT in 1999 to train with Team Fish.

Over the years, the following US Team Members have been from, or trained in Whitefish: 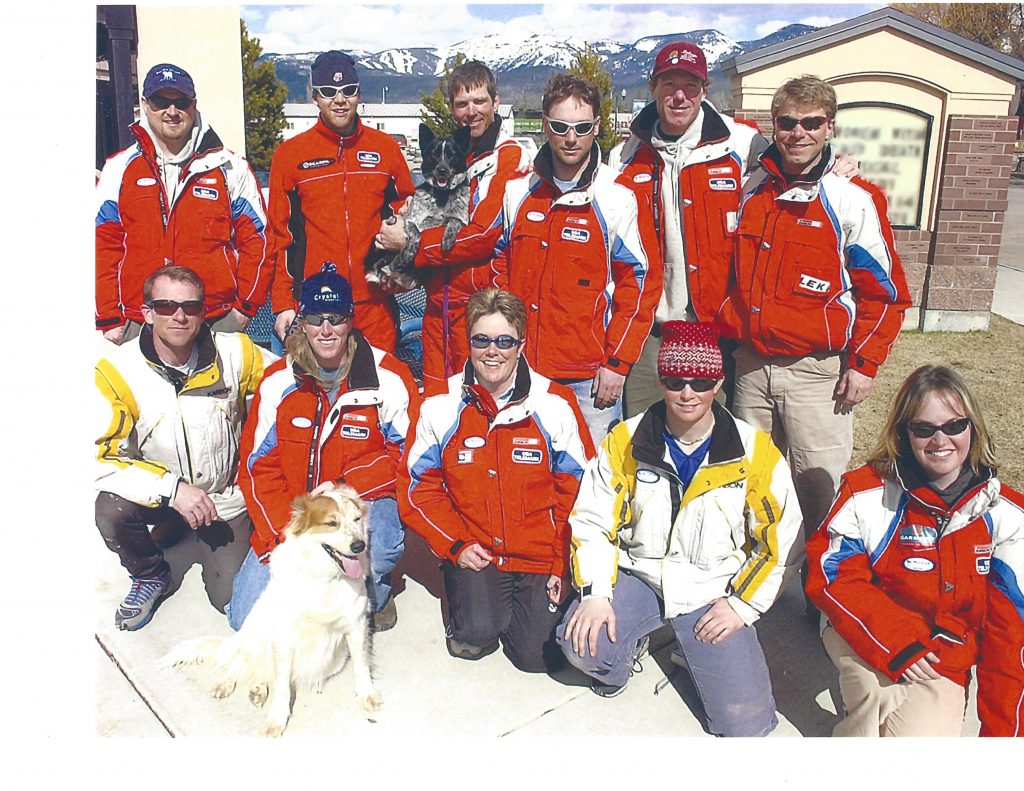 In the early 2000’s, Team Fish formed the Montana Telemark Association with the goal of spreading telemark ski racing out from Whitefish and to other ski hills in the state.  They organized races and clinics at various locations throughout Montana for the first half of the decade.  Below is one of their posters. 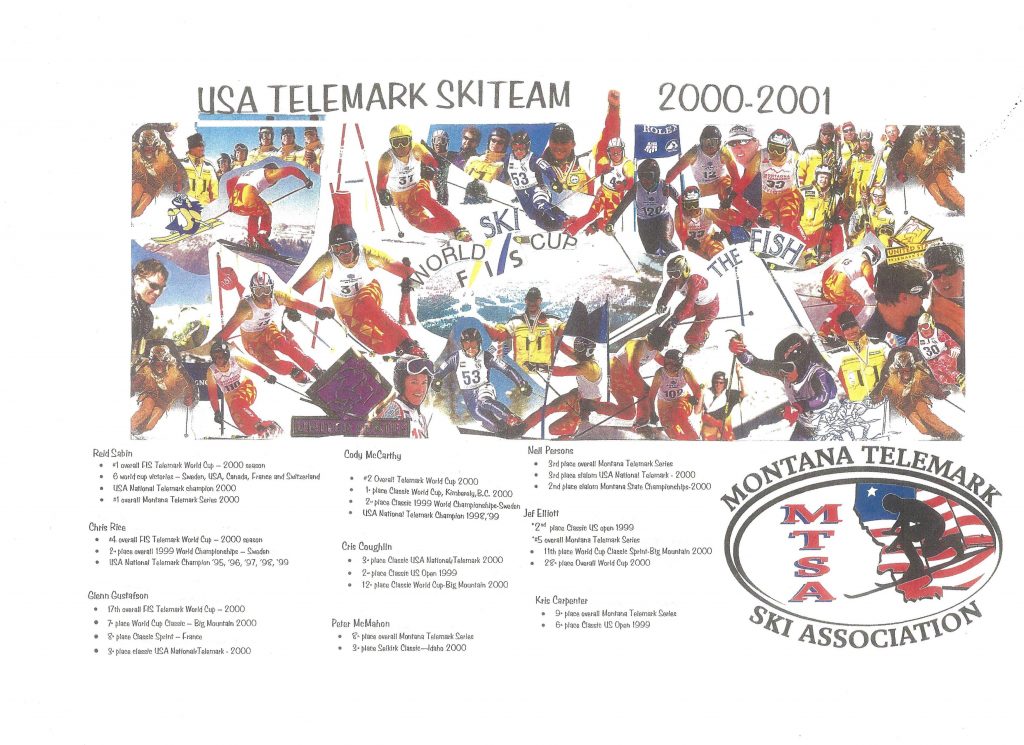 The “hub” of Telemark racing has a history of moving around the country.  Following Whitefish, Steamboat Springs became the center for the sport with a strong junior Telemark program and great coaching.  Recently, the New England area has become an area of strong Telemark racers. Before Whitefish, the Salt Lake City area was the strong hold of telemark racing.  The New England area and the Wasatch have also been the hub of Telemark USTSA’s  activity at various times.