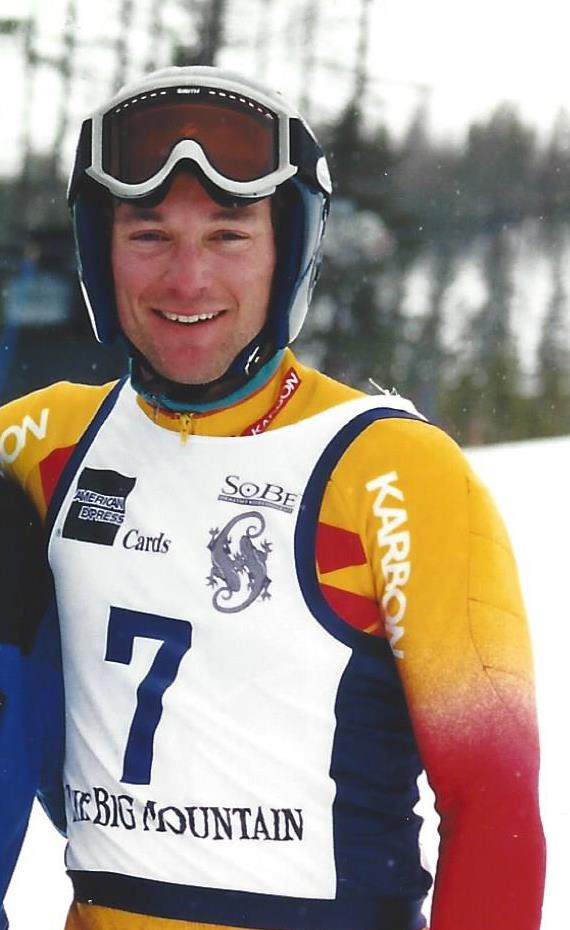 Reid was raised in Gig Harbor, Washington by parents who were both ski instructors at Crystal Mountain.  Sabin spent every weekend skiing and racing on the mountain.

In 1993, he moved to Missoula to attend the University of Montana.  Following college, he moved north to Whitefish Montana.

“While in college, Sabin bought a $12 pair of leather tele boots in 1993.  Racing followed.  Soon he had sold his beater Subaru so that he could buy a pair of plastic racing boots.”  Seattle Times

Sabin spent his college years telemarking in the backcountry as well as skiing and racing at the local ski hill in Missoula. 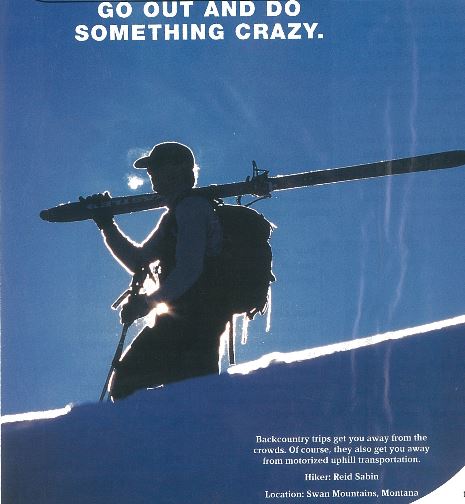 In 1999, one of Reid’s backcountry adventures was written up in Couloir magazine.  He and a buddy climbed Rainbow Peak, deep in the heart of Glacier National Park and then skied down.  They used bikes and a canoe plus their backcountry gear for this adventure.

During the late 90’s and early 2000’s, Sabin’s (and his wife Kirsten’s) photo was seen in a variety of magazines and advertisements:

In 1998, Sabin entered his first World Cup races in Utah at the Great American Telemark Festival and knew then that he wanted to win the World Championship.  His best finish was a 12th place and overall he placed 28th at the event.

Big Mountain Montana held their first World Cup races this year.  Local racer Reid Sabin took third in the men’s giant slalom and 6th in the Classic, to finish as the highest  ranked US man on the team.  This was Sabin’s first year on the US National Team. 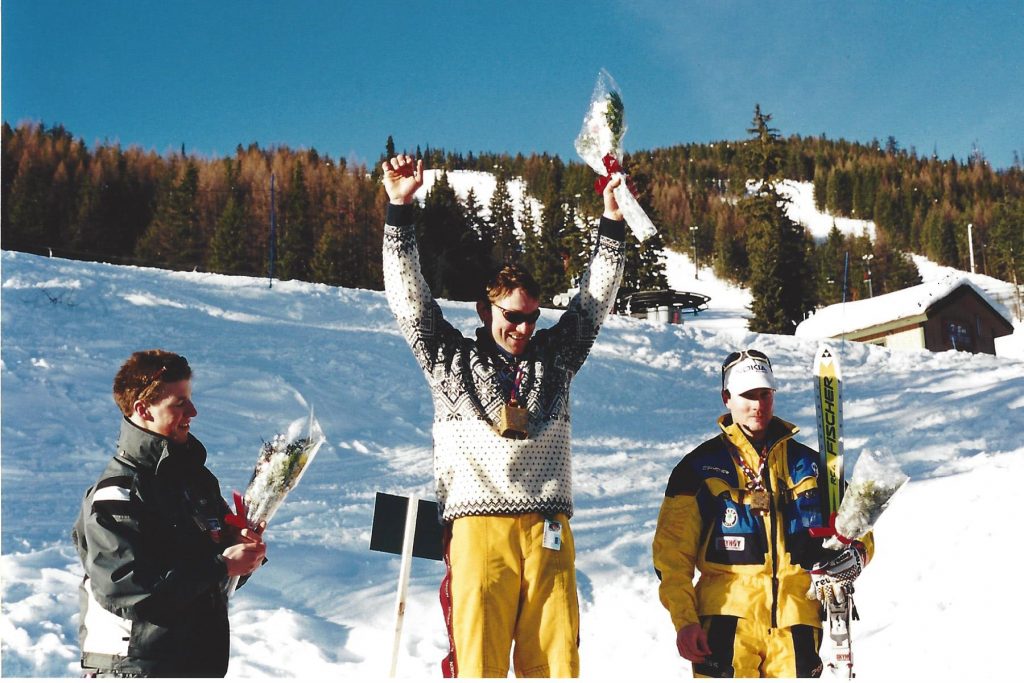 In February of 2000, Big Mountain, MT hosted World Cup races for the second year in a row.  On his home hill, Sabin captured his 2nd and 3rd World Cup wins in the Sprint Classic and the Classic. 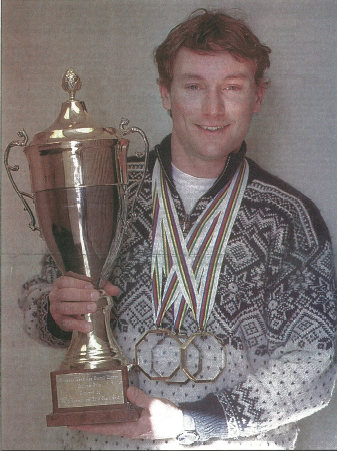 In 10 years of FIS World Cup telemark racing, no American had won a World Cup race, according to Sabin, who took his first victory in Sweden at the beginning of the year.

“It was hard to see myself as number one in the world,” he said.  “It was a great accomplishment for me to win the first race.  To win overall was just awesome.  The way the whole team skied was neat.  We go in without funding, without coaches and race these guys from all over the world.”    Reid Sabin – Montana Living Magazine  Read News Article

Seven US Team Members lived and trained in Whitefish Montana during the 1999-2000 Ski season. Chris Rice and Taug Bauschen both moved to Whitefish to train with the locals.   Whitefish had a strong Thursday night Tele League, complete with judges and a large number of telemark skiers.  Local racer Neil Persons had traveled to Europe in 1995 and brought back racing techniques and influenced his friends to get into the sport competitively.  Glenn Gustafson began racing World Cup that same year and others followed.  Whitefish remained the strength of the US Team through 2007.

“The support from the team has been wonderful,” Sabin said. “Our group feeds off each other, pushing each of us to reach higher.” 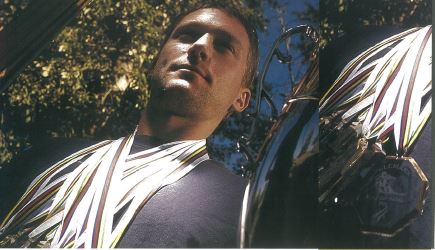 Skiing Magazine named Sabin one of the 25 Best Skiers in their February 2001 issue.

How does Reid train for the season?

“Sabin recommends weight lifting three times a week.  And for him, that’s on top of five cardio workouts per week, which involves roller skiing, running or biking.”  But it’s not all work without play. There is powder involved.”   Read More 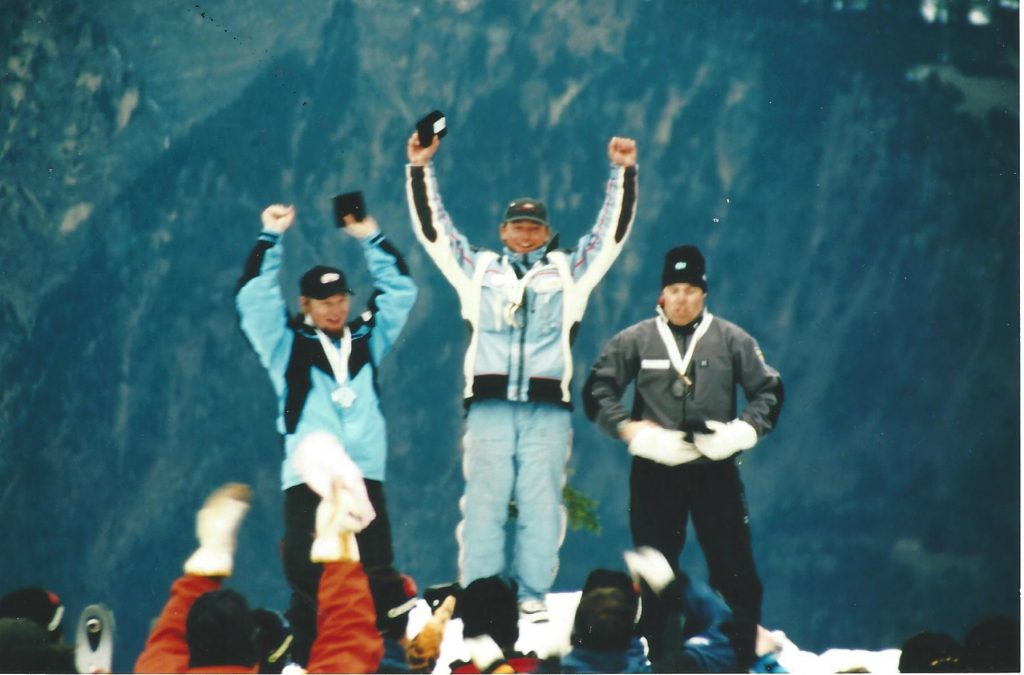 Sabin attended every World Cup event this season and won 5 of the 12 races of the season.  He successfully defended his World Championship title and won the overall in the Classic event for the season.

World Championships were held in Val Thorens, France.  US Team Member Reid Sabin wins the Gold Medal in the Classic.

Sabin carried the Olympic Torch through Spokane on its way to the Salt Lake City Olympics.  He was selected as one of 11,500 athletes to carry the torch across America.  There were a total of 210,000 people nominated for this honor.

He returned home from carrying the Olympic Torch to World Cup Finals at Big Mountain, his home hill.  Sabin took a break this season and did not race all the World Cup races.  With his first child due to be born any day, his only races this season were the 6 races at the Big Mountain.  He podium-ed in three out of the six events.  A 1st in the Sprint, 2nd in the Classic and a 3rd in the GS. 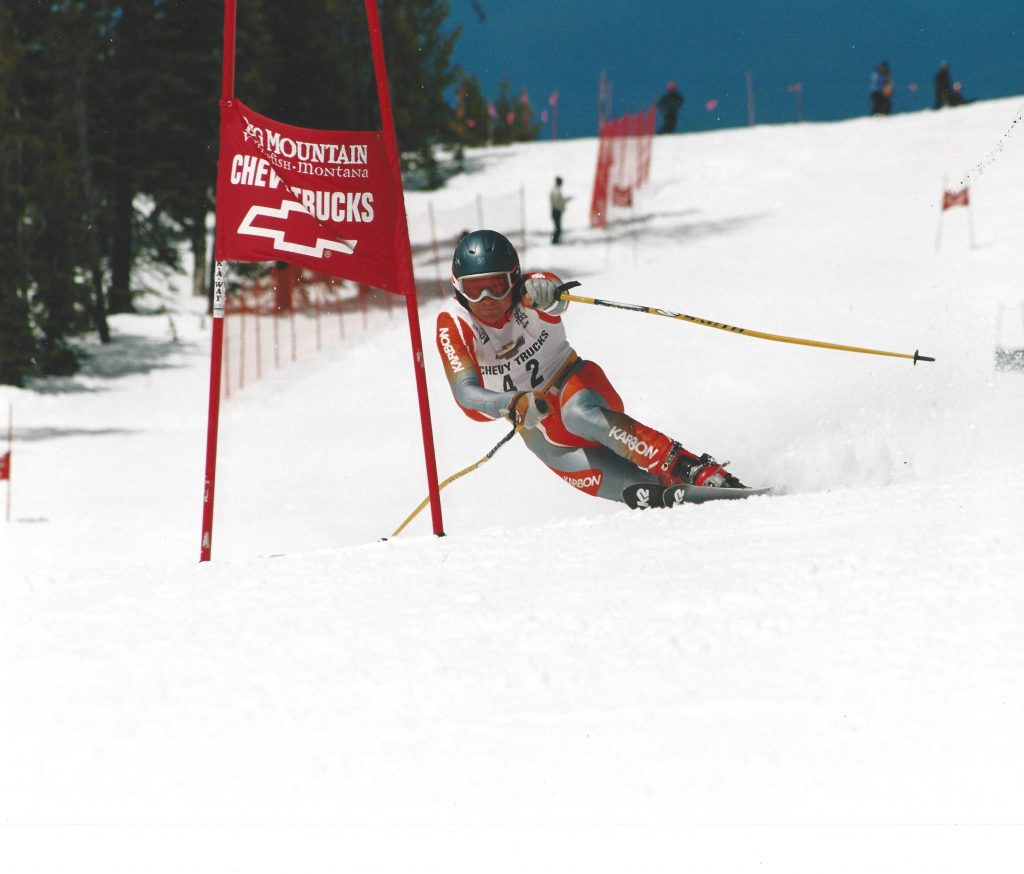 “With so many US Team members from Whitefish, the crowds have been amazing.” commented team member Cody Thompson.  “At all the World Cup races we’ve been to in Europe, I’ve never heard a roar from the crowd like that, anywhere.”

Sabin’s best finish was a bronze medal in the Classic event and he had a 4th place finish in the Sprint Classic.  These turned out to be the only top 10 finishes for the US men.  Teammate Cody Thompson finished with a 5th and an 8th for the US women.

This was Sabin’s last year on the US National Telemark Team.  His only races were at the US Telemark National Championships at Schweitzer Mountain Resort in Sandpoint, ID. 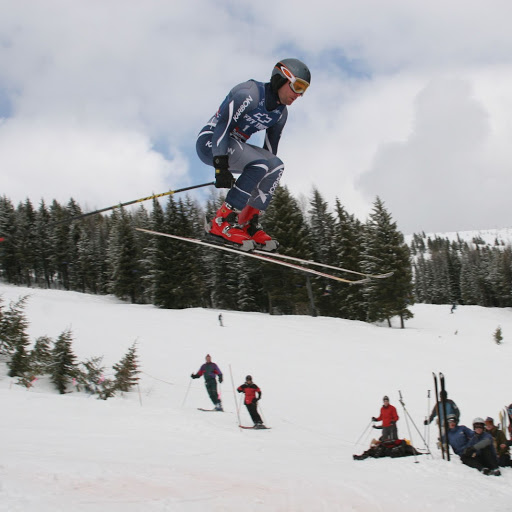 Reid continued to mentor other racers in Whitefish, including David Hobbs.

After years of retirement, but plenty of years of skiing, Sabin entered the 2010 National Championships because the event returned again to Big Mountain (recently renamed Whitefish Mountain Resort).  He placed 2nd overall, behind Shane Anderson and just ahead of Charlie Dresen who had retired after 2003 and returned to the US team in 2010.

Reid Sabin continues to work and play in Whitefish with his wife and two children. 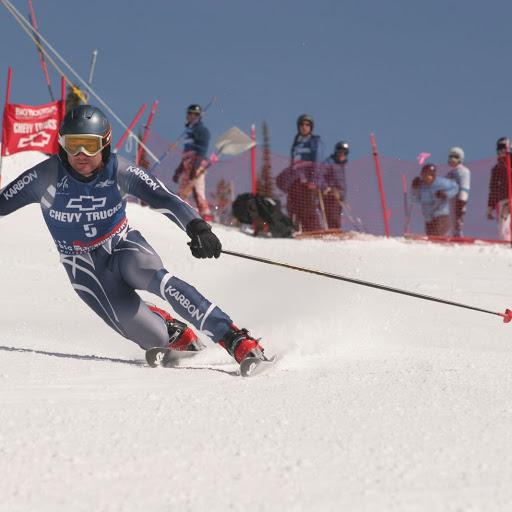 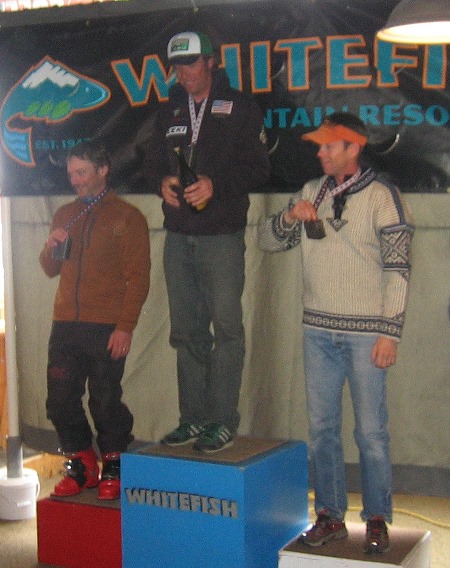 Reid Sabin claims 2nd place at the US National Championships at Whitefish Mountain Resort (formerly Big Mountain) in 2010. Shane Anderson is the National Champion and Charlie Dresen is 3rd Overall.