My father started me skiing when I was 3 years old in Franconia, New Hampshire.  I began alpine racing when I was 8 years old and raced for 10 years through out New England.  After winning the New England Prep School Alpine Championships my senior year in high school, I was excited to keep ski racing in college. Instead, in 1995, I ended up transferring from a college in the east to the University of Montana in Missoula.  The U of M did not have a ski team so for a challenge I taught myself how to telemark ski.  I graduated in 1999 and then moved to Whitefish, Montana in 2001. I became interested in telemark racing because of the U.S. telemark team members who lived in Whitefish and who were dominating telemark racing on a world level.  In 2005, after 10 years of skiing powder on my telemark skis, I decided to go back to my roots and try racing.  Only this time, I raced on my telemark skis.

I began racing in our local telemark race league, and the following year I won the U.S. National Telemark Championship, entered World Cup races, and was accepted on the U.S. Telemark Team.  I traveled in Europe and the U.S. racing in World Cup and National Telemark races for 5 years.  In 2010 I retired from the U.S. Telemark team after my 5th consecutive U.S. Championship.  For the 2011 season I am helping to train some up and coming Whitefish telemark racers.   When I am not racing or coaching, I am searching for powder and backcountry skiing.

Interesting Facts About Myself:
I am a wood sculptor. I sculpt whimsical birds.

My maiden name was Connors, the name Schmid-Sommer comes from my husbands’ German family.

– Ranked 5th overall in the world for the 2008 World Cup Telemark season. 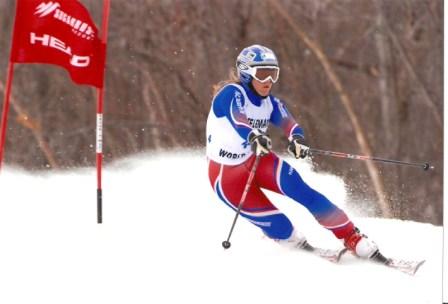 – Best finish in a World Cup race was 4th place.  All other finishes were in the top 5 and the top 10