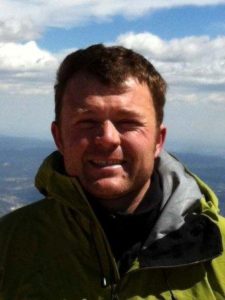 My Skiing History: Skiing started at a young age with the Bill Koch ski league in Whitefish, Montana. Nordic skiing took up most of my winter time, with some extreme sledding on the side. At about 10 years old my parents took me up to the then called Big Mountain for my first experience skiing chair three in old orange ski boots. I am pretty sure the equipment was old enough that no shop would sign off on it and my dad simply made the adjustments to the bindings in our garage. Nothing a little screw driver action couldn’t handle. From there Nordic slowly started going by the way side as I progressed on the Big. It wasn’t until a few years later when I started telemarking. At the time I was the youngest kid around doing telemark, though now there are kids who are starting telemark before I was on Nordic gear!! From here the rest is history and for me I remember the following years by the equipment I was on and the people I skied with.

The opportunity came that I would acquire some new telemark gear that had only been used one season as demo gear from a local shop which was closing its doors, The Silvertip. A pair of Tua Cirque MX 190s mounted with Rat-trap 412s and Asolo two buckle leather boots. I still have the skis and I can still remember the pain of the leather boots cutting into my toes. It wasn’t until a few years later that I got a pair of Fisher Telepathics, Rottefella Chilli bindings and a new pair of Garmont Veloce boots(thanks Mom and Dad)!!! My first pair of plastic boots! This didn’t change how and where I thought I could tele, mostly it increased the speed at which I could hurl myself down a ski hill. To this day, ask my friends I claim to have the best tele tuck and roll.

At this point I had been racing in the local Thursday night beer league for a couple of seasons. The recruitment process is subtle and without notice. It generally started by a boot space lesson from Neil Persons, from there maybe an introduction to the tele dance and finally the top guys would bring you to a tele race held during the day light hours. The Thursday night league is place of learning, socializing, and general tomfoolery. Ried Sabin, Glenn Gustafson, Neil Persons, Peter McMahon, Chris Rice, and Jef Elliott, just to name a few convinced my parents to let me go to United States National Championships at Stevens Pass Washington. This was the 1999 Telemark Championships from here on out I have only missed one US Nationals and that was the following year which was hosted on the East Coast.

In 2002 I took my first trip to Norway for a real introduction on how to ski telemark. This trip was much more than a lesson in traveling and competing. In terms of competing I was out of my league, but it did show me what was expected out of top international athletes. This trip represented a major influence for decisions to come. Traveling to some can be described as a lifelong seduction and once you taste it you want more and more of it. This experience in Norway was the catalyst for future trips whether I knew it or not. 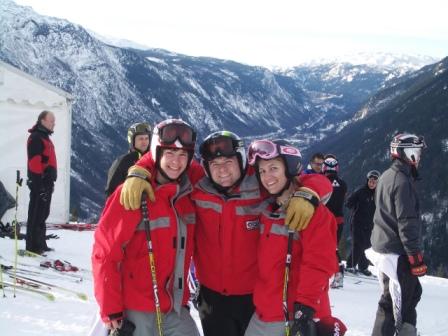 A few years later I would return to the World Cup in 2005 racing in central Europe followed by an exchange to Finland for a chance to study at the University of Helsinki. In the early winter of 2006 I set out on yet another trip to Norway, accompanied by Russ and David Hobbs, Jim and Brett Stein, Duncan and Annie Edwards, and Brandon Moon (Moondog). This was and still is the youngest United States group to attend World Cup races. Once again Norway played a pivotal role in the decisions to come. Through friends in Norway and Denmark and the encouragement of Glenn and Peter I moved to Norway to live with the Danish National team for training and a chance to seriously chase the World Cup.

In the fall of 2006 I packed my bags and moved to a ski hill called Hafjell, just outside of the 1994 Olympic city of Lillehammer. Hafjell hosted many of the Alpine ski events, in face I could see the Olympic Bobsled track from my cabin window. Just finishing school the prior June with a BS in Business Administration and working all summer I had saved enough money for the winter to come. I lived with a couple guys from Danish National Telemark Team where we lived on cheap food, ski passes, and an occasional overnighter in Troels Larson’s VW mini buss. Thoroughly enjoying and settling into the lifestyle of training, racing, and sleeping. The 2007 race season was my first season to compete in every World Cup race on the circuit. This season also set the tone for the following season at home, the Whitefish Mountain Resort (formerly known as Big Mountain). Bringing the same rigors of training I was exposed to the previous season I dedicated another summer and winter to training, working, racing, skiing and traveling. I missed only the Finnish stop on the tour, which was sad due to my connections to Finland. It was successful season, one which concluded with World Cup finals in Vermont. The 2009 snow is almost here and I can’t wait to see what the future hold!!

My Goals and Motivation: The driving force behind me is passion. The passion that I have ultimately determines my goals and the motivation behind my goals. My goals for telemark racing is being confident that I left everything on the course and to one day find myself on the podium. Telemark racing is one avenue in which I can put as little or as much into something and see real results immediately.

Why do I Telemark Race? Three reasons: the people, the opportunity to travel, and the competition. The people involved with telemark are some of the most genuine and dedicated people I have had the pleasure to work, ski and compete with. Telemark is a sport where money is rarely awarded and where the best in the world will happily share his or her secrets to the guy ranked at the bottom of the list. Racing affords me a rare opportunity to travel the world. I have traveled to places where I would have never thought of going before and this only encourages me to continue exploring and connecting with new people. Competition…I love it. I compete at everything I do in life, whether it be racing, working or training. Competition is the motivation to stay on top of my game, stay fit, and stay educated.

Interesting Facts About Myself: I have always wanted to learn how to surf. Maybe I need to sell my skis and buy a surf board and board shorts? Probably not……