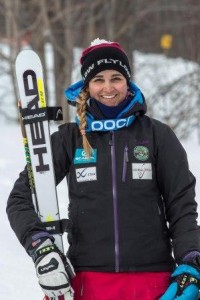 US Racers have continued success on the World Cup Stage with Shane Anderson, Zoe Taylor and Lorin Paley on the World Cup podiums.  Madi McKinstry, Jeffrey Gay and Tanner Visnick had finishes that put them on the Junior World Championship podium.

Madi McKinstry was a 4 time National Champion and Cory Snyder, Jeffrey Gay and Lyta Foulk were all 3 time Champions.

USTSA established a Regional Team to recognize athletes of any age that have demonstrated a commitment to the sport of Telemark skiing and continue to improve their skills.  The Regional Team was later renamed the Masters Team.

In 2018 the FIS Committee voted to propose the Telemark Parallel event and Team Event to the IOC for inclusion in the Olympics.  Unfortunately the proposal did not move forward at the IOC level.

In 2012, FIS Telemark introduced the Parallel Sprint as the new event, replacing the Giant Slalom.  See this exciting event in the video below: