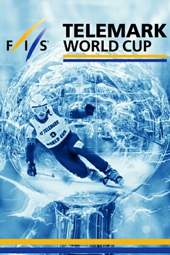 e fourth time in a row, Hintertux Glacier welcomes the world’s top Telemark skiers for the inaugural World Cup event of the season in November 2016. Competitive Telemark Skiing was added to the FIS World Cup schedule in the year 2013. More than 100 of the fastest Telemark skiers in the world, coming from many different nations, will compete in this spectacular discipline in the Heart of the Alps. Telemark is in fact the original style of skiing and true to its Nordic roots; Telemark races include a gate section, a Nordic jump, and a skate skiing section. Telemark races are without a doubt a serious test of overall athletic strength and ability. What’s more, Telemark races are extremely fun to watch from the sidelines as racers fly off the jump, rip into the 360, and push as hard and fast as possible in the skating section.

And, the entertainment doesn’t stop with the races! The event will be packed with fun activities, starting with the festive opening ceremony in Tux-Lanersbach. You will also be able to try this original style of skiing for yourself within workshops and clinics.

Program and Results will be found at www.fis-ski.com

Watch the event on TeleHo Livestream