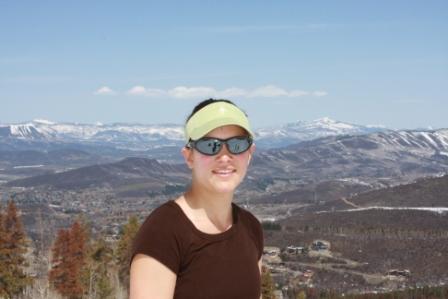 My Skiing History:
I began alpine skiing when I was three at the smallest ski area imaginable in NJ. When I was in 4th grade, we moved to Steamboat Springs and my alpine race coach introduced me to Telemark. I have been freehealing ever since. In 2006 I made it onto the US Telemark Development Team after some good results at US Nationals. In the 2007/8 season I skied my first Telemark World Cup at Sugarbush, Vermont. In 2009 I won two gold medals at the Junior World Championships in Kreischberg, Austria in the Classic and Sprint Classic.  Last season I reached the podium at four World Cup races in the US and Europe. This year I will be an international training partner with the Swiss National Telemark Team and hope to race the full schedule of World Cup races in Europe and the World Championship races in Norway.

My Goals and Motivation:
Last year was a break out year for me with four top three finishes in Norway, the US and Europe. This gave me the motivation to ski the full WC schedule in Europe to see what I can accomplish. I have deferred from college for the year and will train with the Swiss Team. My goals are to make it on the Overall WC and World Championship podiums by March 2011.

Why do I Telemark Race?
Telemark racing is the most versatile and athletic ski racing sport I have experienced. Combining downhill gate racing with jumping and Nordic skate skiing is exhilarating, challenging and fun.

Interesting Facts About Myself:
I am an ambassador for a youth led group called Outdoor Nation. Our mission is to get more youth involved in healthy outdoor activities. We are funded by the Outdoor Industry Foundation and had over 300 participants from across the country at our youth summit in New York City’s Central Park this summer.